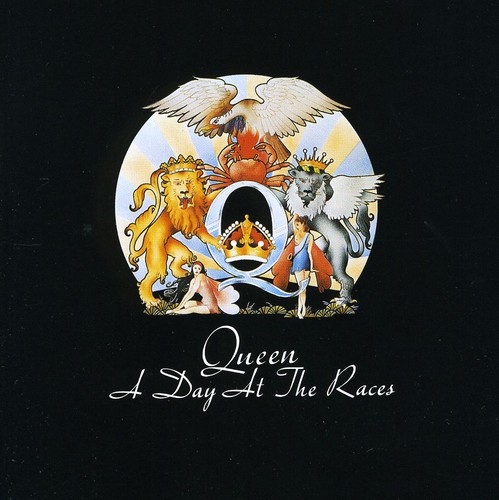 Digitally remastered edition of the British Pomp Rock band's 1976 album. A Day at the Races, which was written and recorded by Queen at their happiest, riding on the crest of a wave and loving every second. The album is an infectiously jubilant piece of music full of love, optimism and good old fashioned Rock 'n' Roll. Like a Night at the Opera, it again borrowed the name of a Marx Bros movie, and it's cover was similar to that of..Night..., a variation on the same Queen Crest. It reached #1 on the British charts and features the classics 'Tie Your Mother Down', Freddie Mercury's personal favorite composition 'Somebody to Love' and 'Good Old-Fashioned Lover Boy' Island.
back to top