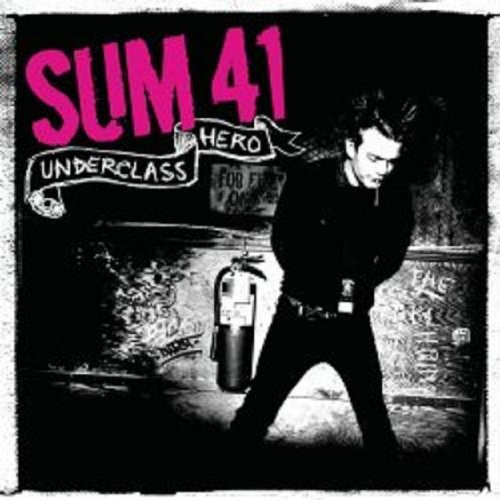 UK pressing of the Canadian punksters 2007 album features one bonus audio track: 'No Apologies'. Underclass Hero marks a step in a bold new direction for the group, whose three full length album's, 2001's All Killer, No Filler, 2002's, Does this Look Infected and 2004 Chuck have sold over 7 million units worldwide. 'You Can't help buy grow a little', says Whibley about the band's musical and lyrical maturity. 'We now see the artistic side of music. We wanted to make this the most artistic punk-rock record we could. We approach music differently now. Things now have a purpose. We care about the craft of it now.' the is Sum 41, better than ever... and this time no regrets. Universal. 2007.