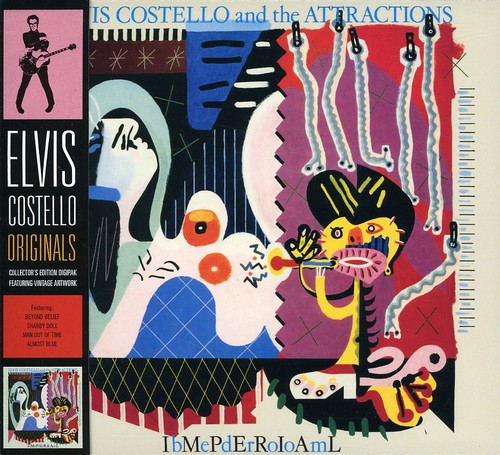 Elvis hooked up with former Fab Four engineer Geoff Emerick for this ambitious 1982 masterpiece that allowed this fellow Liverpudlian to unleash his inner-Beatle. Includes Man Out of Time; Beyond Belief; Shabby Doll, and Almost Blue.

''Imperial Bedroom'' is a 1982 album by Elvis Costello and the Attractions. It was the second Costello album, along with ''Almost Blue'', not produced by Nick Lowe, the production duties handled by Beatles engineer Geoff Emerick. "I wanted to try a few things in the studio that I suspected would quickly exhaust Nick's patience," as Costello put it in the liner notes to the 1994 Rykodisc reissue.