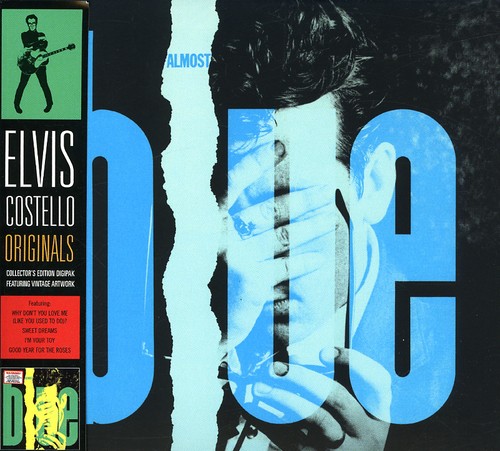 One of the first examples of the genre-hopping that's become a Costello hallmark, Elvis took the Attractions down Nashville way for this 1981 album of reverent country covers of classics from the likes of Hank Williams, George Jones, Gram Parsons and more.

''Almost Blue'' is an album by Elvis Costello and the Attractions. It was recorded May 1981 in Nashville, and released on October 23, 1981. The record's songs consist entirely of country covers, including works originally written by Hank Williams, Merle Haggard, George Jones and Gram Parsons. It is Costello's first album not to be produced by Nick Lowe.

Rhapsody (online music service) praised the album, calling it one of their favorite cover albums. - Wikipedia