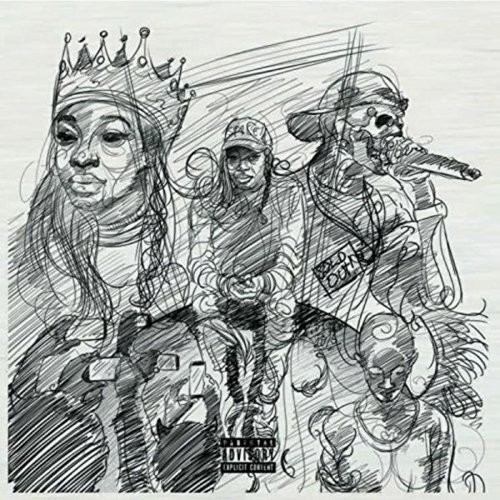 Born and raised in North London, the young wordsmith known as Little Simz brings a new level of intelligence, creativity and musicality to the global Hip Hop arena. At just 21 years of age, nothing could have prepared Little Simz for her meteoric rise over the past year. Charismatic, fierce and lyrically mature, the rapper and musician caught the attention of Jay Z's Life + Times platform in 2013, seeing them premiere her fourth mixtape Blank Canvas; Simz catapulted into a whole new arena.

That recognition subsequently won her an invite to support Schoolboy Q on his Oxymoron tour and positioned her to become rap's next great hope with support and accolades from Complex, Vevo, i-D, XXL, Variety, The Independent and The Guardian to name a few. But even with a growing line of high-profile stars queuing up to collaborate, and offers coming in from many a major label, Little Simz decided to head back to her bedroom studio to follow the mixtape with her debut EP and release it on her own label - Age 101 - in the summer of 2014. The critically acclaimed offering E. D. G. E. (an acronym for Every Day Gets Easier) married entirely original soundscapes with Simz' stellar wordplay, flow and content. It shunned easily accessible big name features and featured only her Space Age collective, a young clan of North London creative's who Simz grew up with. After a whirlwind year that followed the release, which also saw her release four installments in her Age 101: Drop Series of mini-EPs, Simz can now count Andre 3000, Snoop Dogg, J. Cole, Kendrick Lamar, and Yaasin Bey (formerly known as Mos Def) as fans while her tracks continue to be spun by the likes of Zane Lowe, Gilles Peterson, Huw Stephens, Annie Mac, Mistajam and many more.