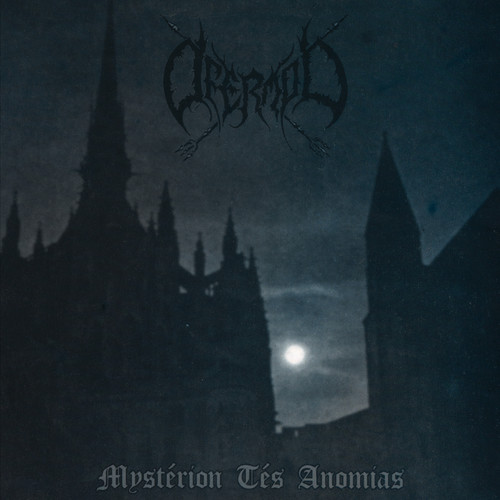 The milestone that started it all was MystĂ©rion TĂ©s Anomias, a 7" released in 1998 by Pounding Metal, and later re-released as a mini-LP by Norma Evangelium Diaboli with two bonus tracks recorded in 2004. We now make the 4 song version available again. The first pressing is limited to 500 copies and comes on blue/black splatter vinyl to match the artwork. Few black metal acts are shrouded in a strong mystical aura like Ofermod, and bandleader Belfagor has earned a reputation as both genius and madman. Whatever you choose to believe, Ofermod is known to divide opinion with frenetic music and vehement but deliberate ideology based on the forces of Qliphoth (in the early days the band practiced devil worship). Recognizing creation as something that can be controlled by the adept, the band refers to the esoteric qliphothic qabalah as a source of true power beyond God. In music, concept and beliefs, Ofermod converge with the likes of Funeral Mist, Mortuus, and Ondskapt.
back to top