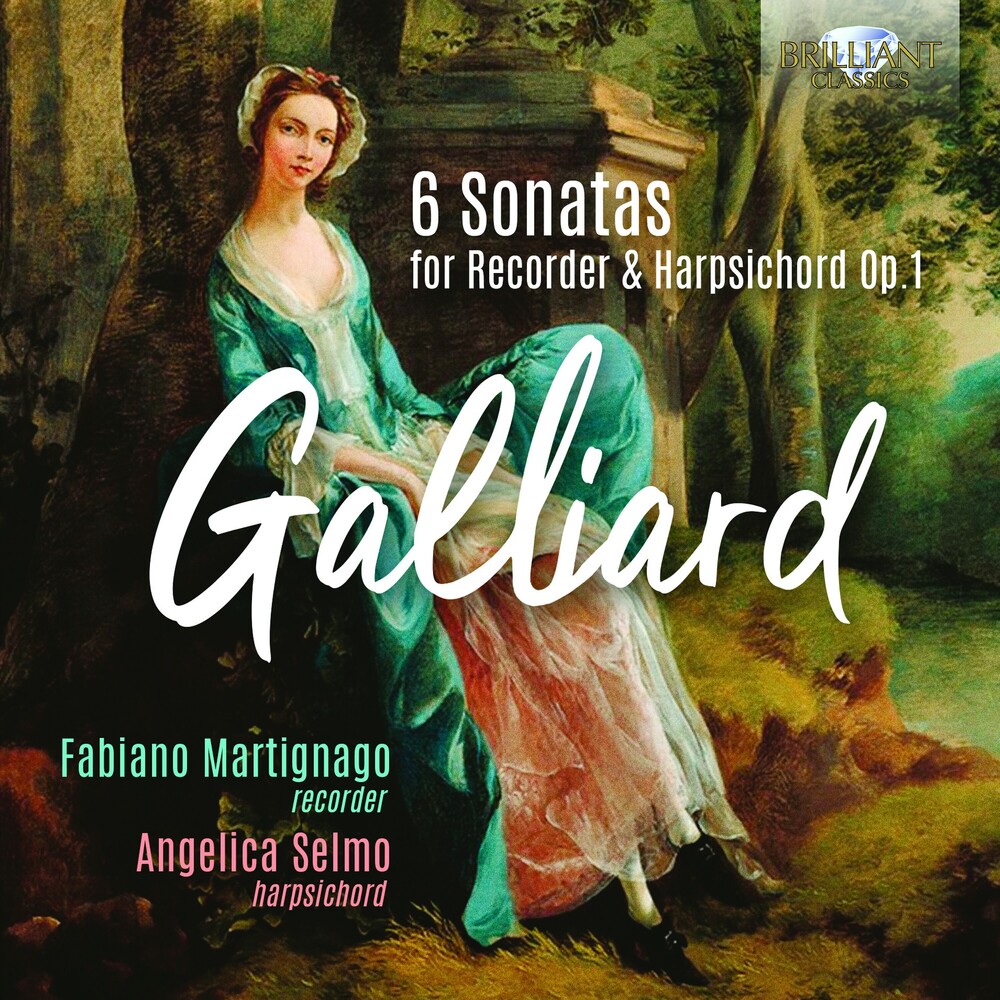 John Ernst Galliard (Celle, 1687 - London, 1747) was a German composer, oboist, flutist and keyboardist active in England in the first half of the 18th century. The son of Jean Galliard, a French wigmaker, he learned to play the flute and oboe from Pierre MarĂ©chal, a French member of Celle's court orchestra. He himself joined the orchestra in 1698 and, shortly afterwards, studied composition in nearby Hanover with Agostino Steffani and Jean Baptiste Farinelli. In 1706 Galliard went to London (like his compatriot Georg Friedrich HĂ¤ndel), where he became court musician to Prince George of Denmark, consort of Queen Anne of Great Britain, and later also chapel master at Somerset House. Galliard enjoyed an excellent reputation as an oboist, and so joined the orchestra of the Queen's Theatre, playing in various performances of works by Handel, who wrote oboe parts especially for him. The Six Sonatas for Recorder and Harpsichord were published in London in 1711. In this collection there is an elegant and smooth fusion of styles: from the orderly counterpoint of the youth in Hannover to the virtuosity and brio of the Italian baroque, from the flavor of the English tradition that only occasionally transpires to the nuances of French taste that are evident in several movements. Played by Fabio Martignago, who learned his art with specialists like Dan Laurin, Kees Boeke, Han Tol, Stefano Bagliano, Lorenzo Cavasanti, Manuel Staropoli and Alfredo Bernardini. Angelica Selmo studied with Luca Guglielmo and followed master classes with Pierre HantaĂŻ, Roberto Loreggian, Skip SempĂ© and Bart van Oort.
back to top