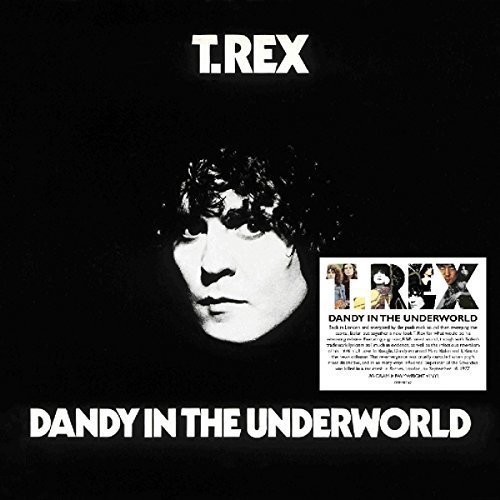 Limited 180 gram audiophile vinyl LP pressing of this album from Marc Bolan & Co., lovingly restored in original sleeve replication and cut from the latest digital remaster. Dandy in the Underworld was the twelfth and final studio album by T. Rex and was released in March 1977. It reached #26 in the UK charts, the band's highest-charting album since 1974's Zinc Alloy and the Hidden Riders of Tomorrow. The title track was released as a single but failed to chart, though "I Love to Boogie" and "The Soul of My Suit" achieved chart placing in the UK. Dandy in the Underworld was regarded by many T. Rex fans as a comeback for the band. However, it would prove to be the band's final album, as Marc Bolan died in a car crash in September 1977. The album was praised for the strength of the songwriting and Bolan's vocal performances.