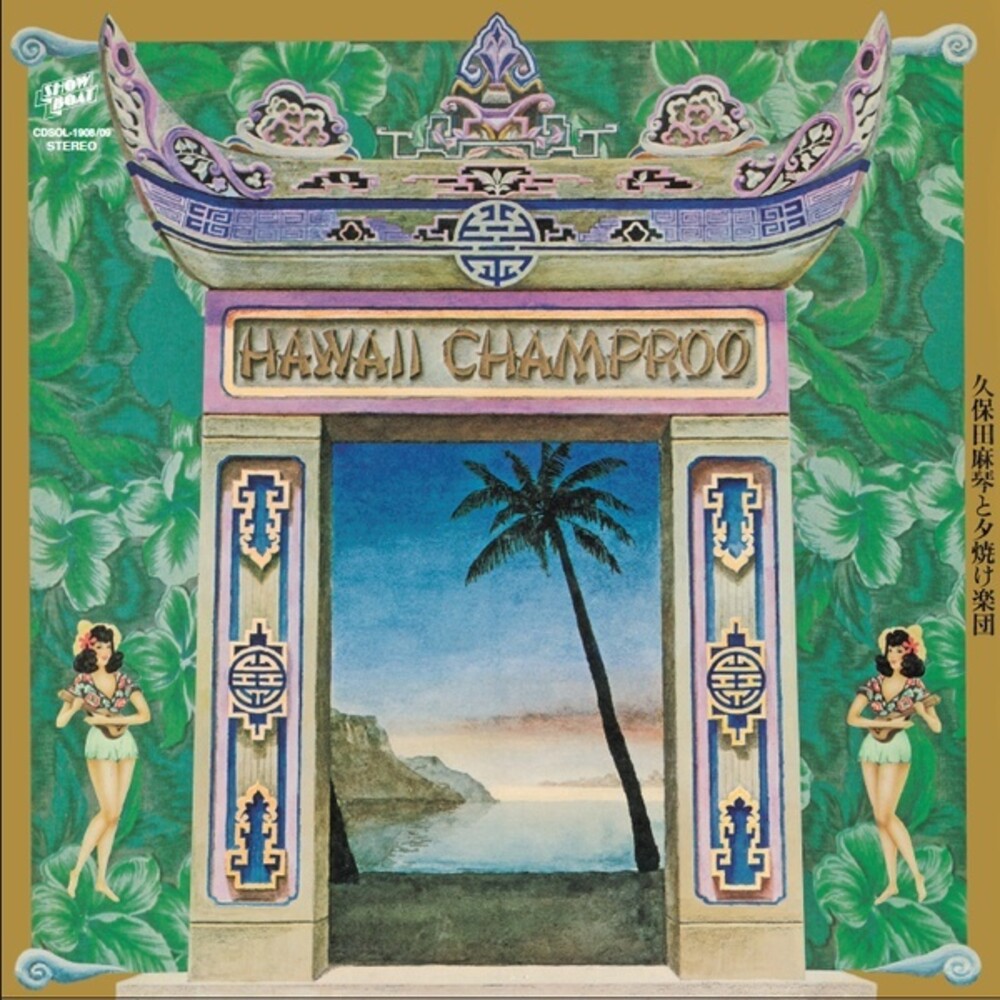 Vinyl LP pressing. WEWANTSOUNDS embark on a major reissue programme of Makoto Kubota's three Sunset Gang albums recorded in the 70s with Haruomi Hosono for the Showboat label. These cult albums feature his blend of Japanese folk, blues and R&B blended with Hawaiian, Okinawan and New Orleans influences. The reissues are done in collaboration with Makoto Kubota and come with original artwork and audio newly remastered by Kubota himself. Recorded in 1975 at the famed Sounds of Hawaii studio in Honolulu, Hawaii Champroo was co-produced by Haruomi Hosono and marks the start of Kubota's keen interest in Hawaiian and Okinawan music. The album was at the forefront of a tropical musical movement started in Japan in the mid-70s. The core Sunset Gang consists of Kubota on Guitar, Takashi Onzo on bass, Yosuke Fujita on guitars and mandolin, Keni Inoue on lead guitar and Hiroki Komazawa on pedal steel guitar. They are joined on the album by Hosono on drums and Teriyuki Kokubu on piano. There are a number of cover songs on 'Hawaii Champroo', including Jesse Fuller's 'San Francisco Blues', The Rooftop Singers' 'Walk Right In' (an old Gus Cannon ragtime) & The Texas Playboys' classic 'Steel Guitar Rag.' There are originals of course including the funky 'Shanghai Gaeri' One of the highlights of the album is the classic 'Haisai Ozisan', the Okinawan 1972 cult classic by Shoukichi Kina which has become a standard in Japan. All in all, 'Hawaii Champroo' is a timeless classic and one of the key Japanese albums from the 70s which WEWANTSOUNDS introduce outside of Japan for the first time.
back to top