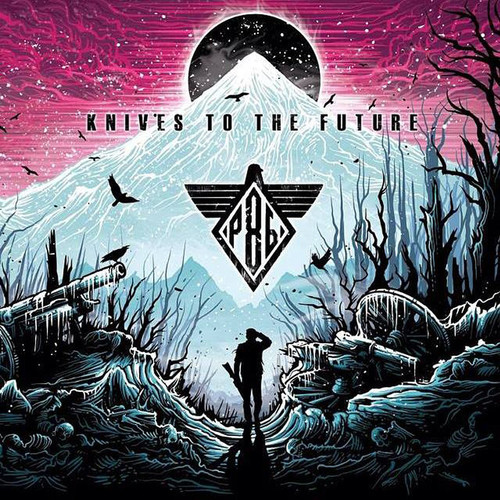 2014 release from the Orange County, CA-based Christian modern rock band including two bonus tracks. Project 86 has released eight albums, which have collectively sold nearly 500,000 units worldwide, two EPs, two DVDs, and one live album. Their music is characterized by a rock/post-hardcore/alternative style. Frontman Andrew Schwab's poetic and introspective lyrics have addressed a wide variety of topics such as conformity and emptiness. No strangers to the independent album release, Project 86 has taken that route once again with KNIVES TO THE FUTURE following a hugely successful Indiegogo campaign. Nearly doubling their initial goal, their fans spoke loudly with their support and are sure to be pleased with the result. This album, while haunting and saturated with emotion and weariness, is also full of hope as evidenced by the title track. 'No retreat; there's nothing behind me. We have no choice; we're never surrendering! We've gone too far to turn back now.'
back to top