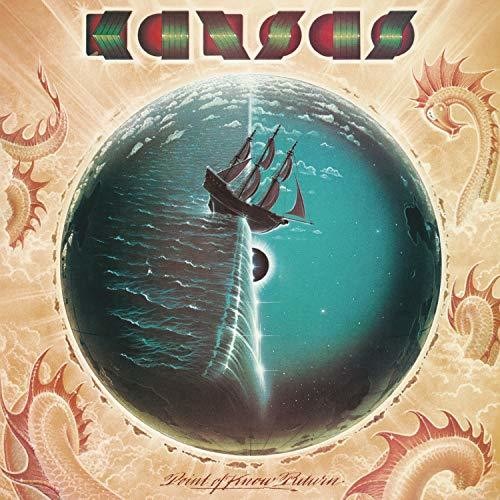 Vinyl LP pressing including digital download. Point of Know Return is the fifth studio album by classic rock band Kansas, originally released in 1977. "Dust in the Wind" is known for it's sparse acoustic nature. The guitar line for the song was written by Kerry Livgren as a finger exercise for learning fingerpicking. His wife, Vicci, heard what he was doing, remarked that the melody was nice, and encouraged him to write lyrics for it. Livgren was unsure whether his fellow band members would like it, since it was a departure from their signature style. However he did offer it to them, and the song was accepted and then recorded. The album is critically acclaimed for singles like "Point of Know Return", which was a late addition to the album. "Portrait (He Knew)" was written about Albert Einstein.