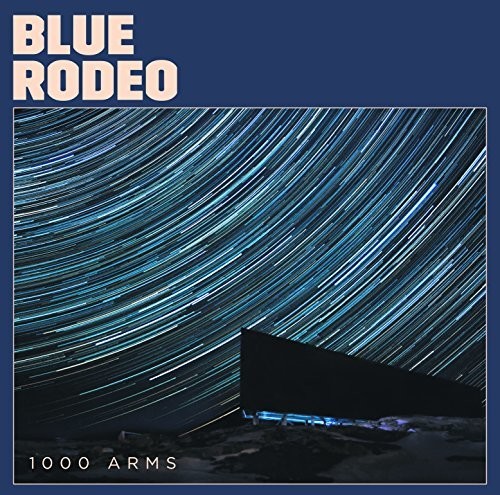 The definition of a rebel is someone who goes against the grain. For close to thirty years now, Blue Rodeo has taken the road less traveled - and succeeded far beyond anyone s expectations. The band emerged in the early 80's as a countrified rock band in the era of hair metal and glossy pop. Despite sticking out like a sore thumb (or maybe because of it), their single "Try" became omni-present on radio across Canada and set in motion a three decade long career of headlining every club, theatre and arena in Canada. In 1993, when grunge rock was squeezing commercial rock off the radio, they recorded their most acoustic album, Five Days In July, and scored their biggest hit selling over a half million copies of that one record alone. And now, in the digital age, Blue Rodeo has recorded 1000 Arms, an intimate album designed to be enjoyed on vinyl. Fourteen albums on, the rebels live. HIGHLIGHTS: Blue Rodeo is among the most accomplished groups Canada has produced. Members of the Canadian Music Hall of Fame and with a Star on the Walk of Fame, the band has won 12 JUNO Awards, including a record-breaking 5 Group of the Year Junos. Blue Rodeo, led by songwriter/vocalist/guitarist combo Greg Keelor and Jim Cuddy, has amassed over 4 Million units in sales, and has never released a studio album in it's 25+ year recording history that hasn't achieved a minimum Gold Sales level.