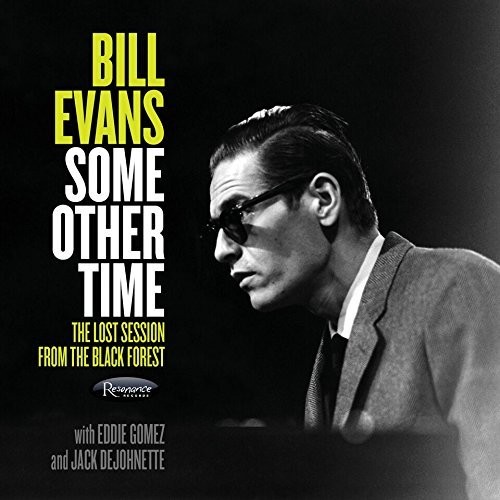 Some Other Time: The Lost Session from The Black Forest [2 CD]
Artist: Bill Evans
Format: CD
New: in stock 24.98
Wish

Some Other Time: The Lost Session From the Black Forest is a newly unearthed studio session from the iconic pianist Bill Evans featuring bassist Eddie Gomez and drummer Jack DeJohnette. Recorded on June 20, 1968, nearly 10 years after the legendary Kind of Blue sessions with Miles Davis and a mere five days after the trio's incredible Grammy award-winning performance at the Montreux Jazz Festival, this is truly a landmark discovery for jazz listeners worldwide.

Available in deluxe 2-CD and limited edition 2-LP sets, and containing over 90 minutes of music, this is the only studio album in existence of the Bill Evans trio with Gomez and DeJohnette. Some Other Time was recorded by the legendary MPS Records founder and producer Hans Georg Brunner-Schwer along with writer/producer Joachim-Ernst Berendt at the MPS studios in the Black Forest (Villingen, Germany). Includes a 40-page book with new historical essays by jazz journalist Marc Myers and German jazz historian Friedhelm Schulz; producer Zev Feldman; new interviews with Gomez and DeJohnette; plus rare and previously unpublished photos from the archives of photographers David Redfern, Jan Persson, Giussepe Pino, Hans Harzheim and German Hasenfratz.

'There was big excitement about us going to the studio. This record represents a time and space where he was exploring new approaches to standard repertoire rhythmically and harmonically.' Jack DeJohnette

'Every time he touched the piano, he touched my heart and he played with a sound that was just a gorgeous sound and he always was so expressive in his playing.' Eddie Gomez