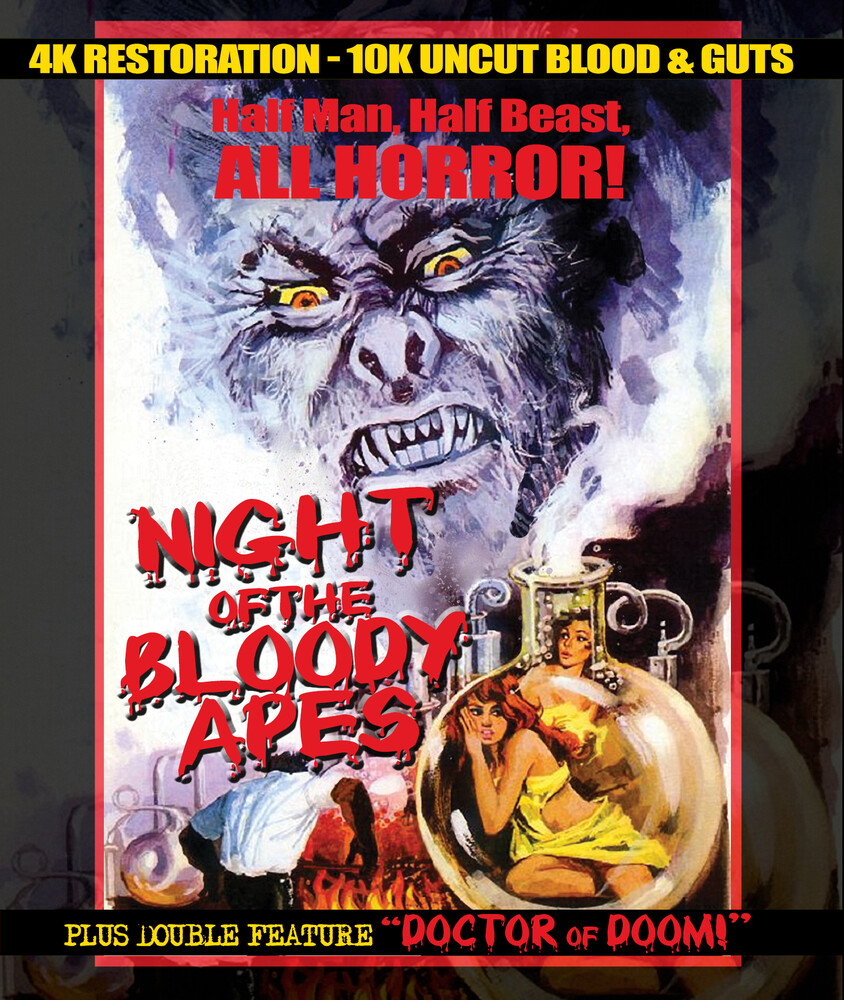 This cheap Mexican horror film is a remake of Cardona's Doctor of Doom (1962), spiced with nudity, medical footage, women wrestling, and cheap gore shots. Female masked wrestler Lucy (who looks like the devil) beats the stuffing out of an opponent - a wrestling lady with a red costume like Catwoman. Lucy finally hurls her opponent from the squared circle and knocks her out cold. Although Lucy's cop boyfriend tries to convince her that it's all part of the show, Lucy can no longer handle the stress of wrestling. Meanwhile, a mad scientist (Dr. Krellman) attempts to cure his son's leukemia by doing the first 'ape-to-human' heart transplant. He decides to put a gorilla's heart into the lad and orders his flunky to "prepare the gorilla!". There is actual footage of a graphic open-heart surgery inserted in the ape operation scenes. This of course causes the boy to turn into a big stinky man-ape. He becomes deformed and mutated, as he sprouts excessive facial hair and takes on the characteristics of the organ's donor, who immediately goes on a bloody rampage, tearing clothes off women and faces off men. (IMDB)