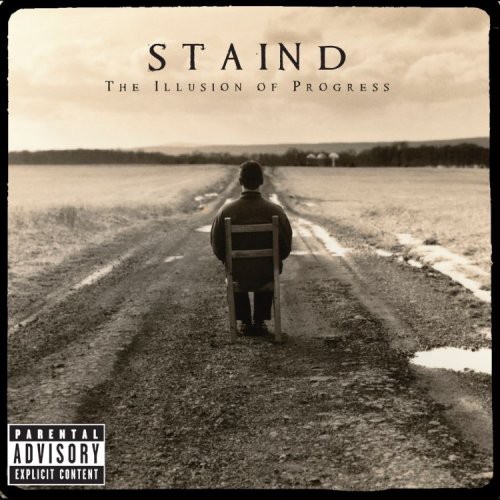 Riding on the success of their last three chart topping albums, Staind is back with the highly anticipated release of their sixth studio album, THE ILLUSION OF PROGRESS. This new Flip/Atlantic recording features the first single "Believe" and puts them in the elite class that includes U2, Metallica, Pearl Jam, Dave Matthews Band, Van Halen, and Disturbed.

It's been a while since "It's Been a While" dominated the zeitgeist, chromedome frontman Aaron Lewis and crew being major beneficiaries of Fred Durst's Midas touch. Although the Limp Bizkit frontman is persona non grata in modern rock today, the quartet has carved out a respectable endgame, and could even see a return to radio play with the Bic-flicker "Believe." Get ready to set some more Polaroids on fire.