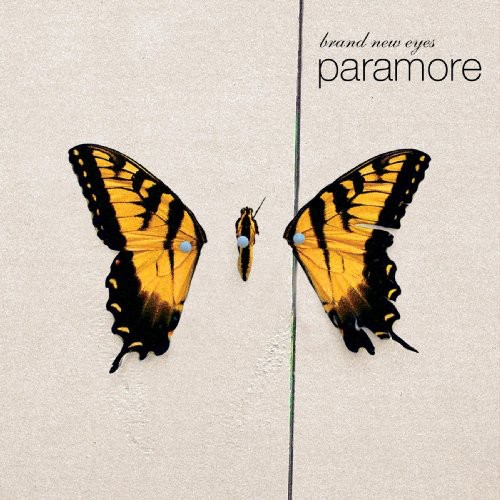 Vinyl LP edition. Over 2 million records sold, three gold and one platinum single, a gold DVD release, countless sold out tour dates and numerous awards and nominations including the 2008 Grammy Nomination For 'Best New Artist' Award, you can say that Paramore has reached mainstream stardom. Arguably one of the most anticipated releases of 2009, 'brand new eyes' is by far the band's most personal album. Produced by Grammy Award-winner Rob Cavallo (Green Day, Kid Rock, My Chemical Romance) and co-produced by the band, the long-awaited follow-up to 2007's platinum certified second album, 'Riot!' The 11-track collection is unquestionably Paramore's best and brightest album to date, fit to burst with all the exuberant melodies, breathless hooks, and irrepressible energy that has made the Nashville-based band one of the most popular rock outfits in recent memory.