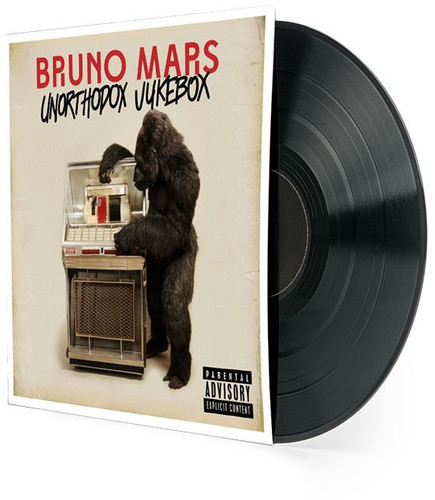 Vinyl LP pressing. 2012 sophomore album from the singer, songwriter and international superstar. The album includes production from Mark Ronson, Jeff Bhasker, Emile Haynie, Diplo and Supa Dups, as well as the Smeezingtons, Mars' three-man songwriting and production team. He notes that the album is more musically varied and refuses to "pick a lane". "Locked Out of Heaven" was released as the lead single from the album. It has been described as having strong influences of New Wave, with striking resemblances to "Message in a Bottle" and "Roxanne" by the Police, the Romantics' "Talking in Your Sleep", and even Michael Jackson's "Beat It", while some have mildly referenced it to the Outfield's "Your Love".