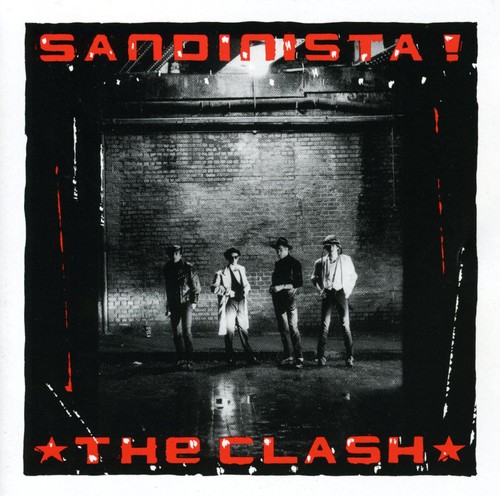 This release comes in a brilliant box and includes "Armageddon Times," insert. This releaes has been digitally remastered.

''Sandinista!'' is the fourth studio album by the English punk rock band The Clash. It was released on 12 December 1980 as a triple album containing 36 tracks, with 6 songs on each side. Anticipating the "world music" trend of the 1980s, it features reggae, jazz, mock gospel, rockabilly, folk, dub, rhythm and blues, calypso, and rap.

For the first time, the band's traditional songwriting credits of Strummer/Jones were replaced by a generic credit to "The Clash", and the band cut the album royalties, in order to release the 3-LP at a low price. The title comes from the Nicaraguan left-wing guerrilla organization, the Sandinistas, and its catalogue number, 'FSLN1', refers to the acronym for Frente Sandinista de Liberación Nacional.

''Sandinista!'' was voted the best album of the year in ''The Village Voice''s Pazz & Jop critics poll, and it was ranked number 404 on Rolling Stone magazine's 2003 list of the 500 greatest albums of all time. - Wikipedia