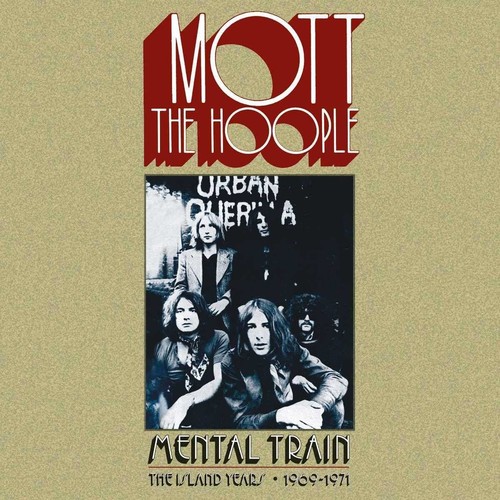 UK six CD set encapsulating legendary English Rock-band Mott the Hoople's recorded output for Island Records, to whom they were signed, between 1969 and 1971. Bringing together all of their albums from the period, the set also includes bonus material, BBC sessions and live concerts. The studio albums have all been remastered from the original tapes by renowned engineer Andy Pearce and have been complemented by bonus tracks selected by Mott the Hoople expert, Kris Needs. Disc Five comprises more unheard and, in some cases, unreleased music from the Island archive while Disc Six rounds everything off with live material recorded at Fairfield Hall, Croydon on September 13, 1970 and a BBC Radio One In Concert from the Paris Theatre, London on December 30, 1971. The CDs are packaged with a 50-page booklet designed by Phil Smee who scoured the archives for rare photos and memorabilia, tracing the evolution of the band. It is completed with comprehensive sleeve notes by Kris Needs.