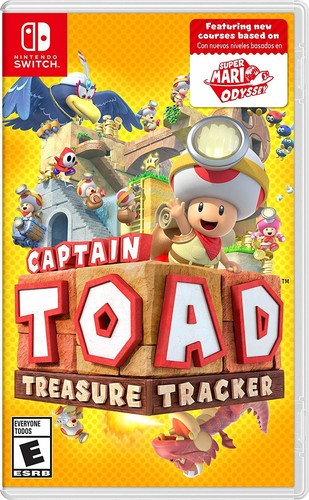 The Captain Toad: treasure tracker game, which originally launched for the Wii U system to critical acclaim and adoration by fans, is coming to the Nintendo Switch system. This version Includes new stages based on the various kingdoms in the Super Mario Odyssey game. Also, play with a friend by sharing a pair of Joy-Con Controllers. While One player controls Captain Toad, the other can assist with things like turnip cover Fire.