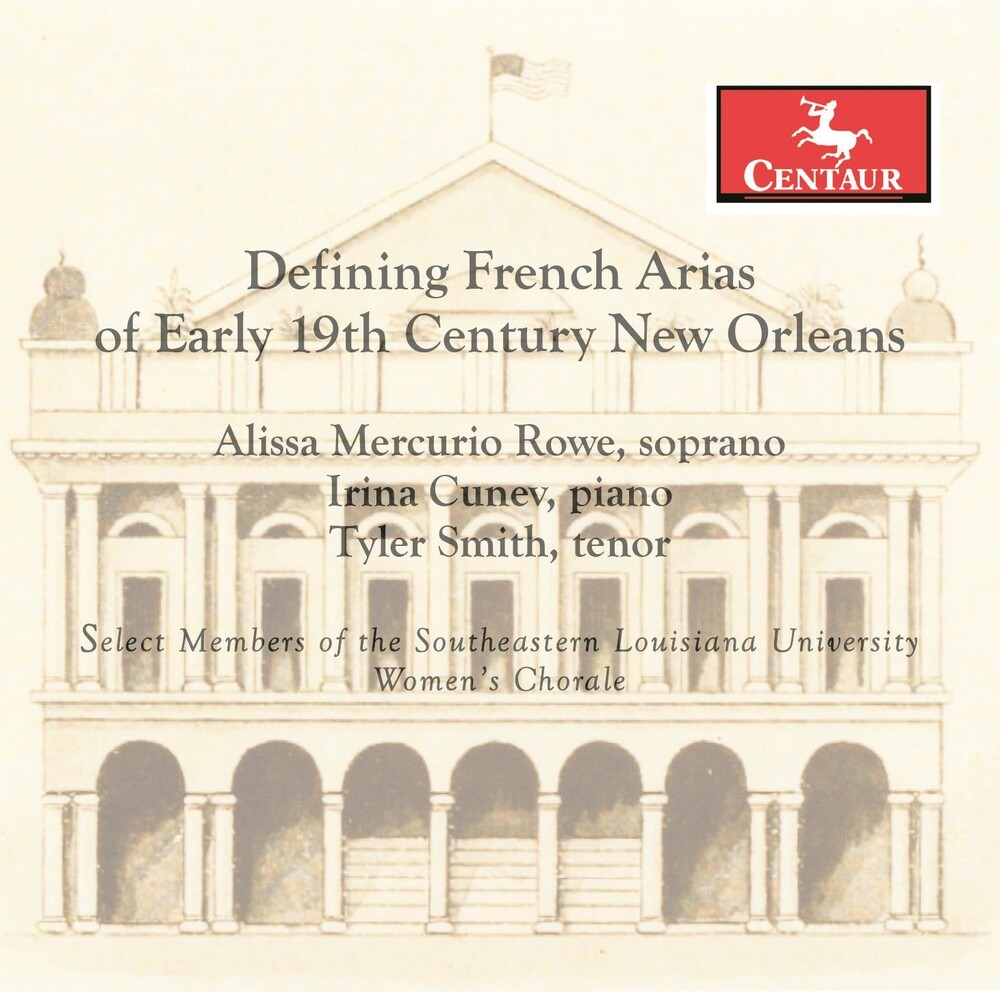 The present album showcases works by Daniel-Francois Auber and Andre Ernest Modeste Gretry. New Orleans was one of the first cities in the U.S. to embrace opera on a significant level. New Orleans was well-noted for it's French Opera House in the 19th Century. This album features some key French arias that figured prominently in New Orleans in the early 19th Century. Dr. Alissa Mercurio Rowe is an active choralAlissa Rowe conductor, voice teacher, and soloist. She currently serves as Professor, Director of Choral Activities at Southeastern Louisiana University. During the summers of 2003 and 2004 she served as a member of the All-State voice faculty at Interlochen Arts Academy. She conducts the Southeastern Concert Choir, Southeastern Louisiana University's premiere choral ensemble, with which she conducted the world premiere of Theodore Morrison's Canzoni d'amore and Stephen Suber's His Rhythm! She is active as an adjudicator, has given choral and vocal workshops in the Midwest and Southeastern states and has conducted numerous Honor Choirs.
back to top