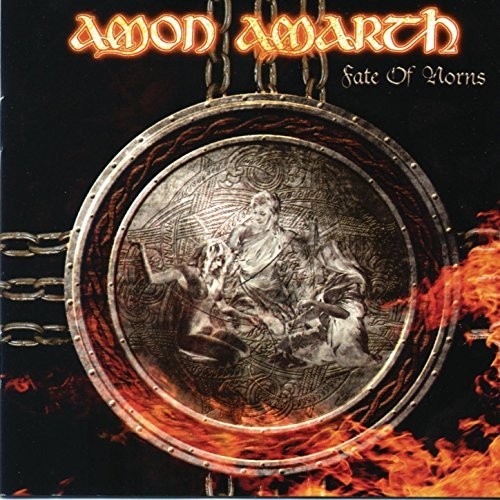 180 gram vinyl LP pressing. Amon Amarth has a long history with Metal Blade Records, that goes back to 1998 when they released their debut album, Once Sent From The Golden Hall. That album, along with 1999's The Avenger, were the first two Amon Amarth records to received the Metal Blade "Originals"-treatment, followed by The Crusher and Versus The World. Now it's time to give Fate Of Norns and With Oden On Our Side the same love. Heavy and majestic 2004 offering Fate Of Norns was recorded at Berno Studios. When asked about the difference between it and their previous efforts, Mikkonen said: "However clichéd it might sound, I have to say the difference is stronger songs. Johan Söderberg contributed to the songwriting much more this time than on previous albums, which gives the songs a new touch and a new vision. We also left a few songs unfinished until we entered the studio just to get a chance to improvise and try out different stuff, as well as getting another point of view on the songs, in this case from Berno Paulsson, the main guy at Berno studio. We put much more energy in the production than we've done before."