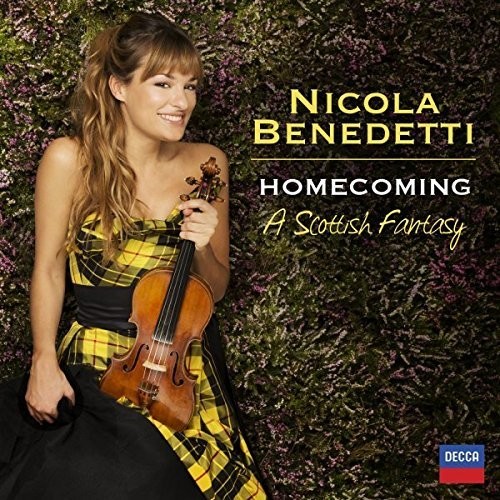 Nicola Benedetti celebrates an important year for Scotland with an album of its most famous and best-loved music, featuring songs such as Loch Lomond, My Love is Like a Red Red Rose and more

The album also includes collaborations with leading Scottish folk musicians including well-known folk singer Julie Fowlis (whose voice can be heard on the Disney/Pixar hit film, Brave), along with Phil Cunningham (accordion) and Aly Bain (fiddle)

2014 is Scotlands year. In July, Glasgow hosts the Commonwealth Games. In September, the Scottish people will go to the polls in an Independence Referendum and the Ryder Cup comes to Scotland

Nicola Benedetti was born in Scotland and is fiercely proud of her Scottish roots. She is passionate about promoting music education and is a patron of Sistema Scotlands Big Noise project, a music initiative partnered with Venezuelas iconic El Sistéma.