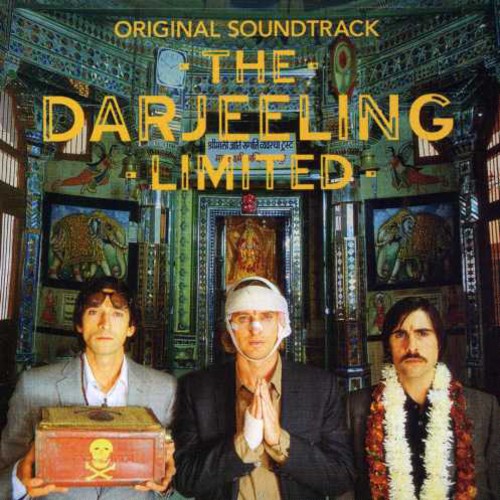 Music plays a huge part in director Wes Anderson's meticulously crafted world. For this movie set in India, he's come up with a typically wide-ranging, mind-boggling soundtrack largely culled from the mid-'60s and early '70s, despite the fact that the film is set in the present. Though Indian cinema has come to mean Bollywood for most Americans, Anderson pays tribute to art filmmaker Satyajit Ray by including music from some of his movies, mines the early (1963-1970), lesser-known oeuvre of James Ivory, and features traditional Indian tunes.

This may throw fans of Bollywood's more frantic style at first (even if the upbeat go-go "Typewriter Tip, Tip, Tip," co-sung by superstar Asha Bhosle, gets close), but the music's eerie charm works in insidious ways. British Invasion pop, an enduring love of Anderson's, is represented by obscure songs from well-known combos (three cuts from the Kinks' 1970 album Lola versus Powerman and the Moneygoround, Part One), as well as obscure songs from obscure performers, like Peter Sarstedt's 1969 nugget "Where Do You Go To (My Lovely)." Add a fantastic Rolling Stones pop tune from 1965, a couple of Western classical tracks, a popular French hit by Joe Dassin, and you have a CD that's all over the map yet oddly consistent in its eccentricity.