Beyond the day-long frenzy, RSD exists to offer proof of the lively role record stores play in the community and a chance for folks on both sides of the counter to offer gratitude for each other. It's a capsule-sized snapshot of what this whole record world is about. Whether you’re a hardcore type who times their arrival for a spot at the front of the line or somebody who waits until the afternoon for a more leisurely experience, we hope you’ll join us on Saturday, April 13th.

It's true, on Record Store Day there's typically a line outside the shop all morning, just as there is at hundreds of other local shops across the country (and the world). But walk through this line, and you'll find ardent music fans of every stripe: young, old, male, female, seasoned pro and beginners. The line has come to symbolize the size, passion and staying power of both the physical music audience and the locally-oriented music community. Amidst the RSD crowds, we've seen musicians discussing upcoming gigs and tours, knowledgeable jazz heads giving high schoolers tips on the essentials, people meeting up for the first time "in real life" or for the first time in a decade, parents buying their kids their first new LPs, or better yet, a huge stack of 99 centers.

BUT FOR ME, EVERYDAY IS RECORD STORE DAY:

With all of the hubbub about "The Line" each year at Record Store Day, we thought it would be nice to remind everyone that your RSD experience doesn't just boil down to how early you line up. Each year, we've gotten better and better at targeting the items that are the most in-demand, so that we have as many copies as possible to go around, and also ensuring that we have the broadest selection of everything that's available. In short, we want to make sure that whether youre busting down the door at 7 am, or rolling in by the end of the day, you're still looking at quite the spread. In some degree, this day is about our regular customers, for whom just about every day is Record Store Day, and we want you to know you are welcome to stop through any time. Enjoy the digs, the beers, the sounds of the local DJs, and just hang out!

Record Store Day means a lot of things to us here at Strictly Discs. From opening a lot of boxes and ticking off countless checklists across long hours of prep, to lining up food and beverages and DJs and prizes; from scratching our heads at Toto picture discs, to saying 'Hi' to just about every regular and irregular customer in the SD galaxy in the span of one day. It's also got an even simpler meaning, the one it started off with in the beginning, way back in 2008: dang, we really love records, and we really love spreading them around. In that spirit, we prepare a super special selection of used LPs for browsing on RSD, with the hopes of delivering you a record or two that you've been looking for forever, and maybe never thought you'd see in a store. Summing up all the used vinyl we have hitting the floor on Saturday would be impossible, but do read on to get an idea of the surprises we've got for you down here. These are some of our all-time favorites, some we can't even believe are here, in all of our most-charted genres, from jazz to metal to hip hop to psych to disco to folk to punk to reggae and much farther beyond!


We've got the hall of fame of early punk and indie here, with beloved titles from the Buzzcocks, Minutemen, Minor Threat, the Stooges, Sex Pistols, Husker Du, Ramones, Television, Dead Kennedys, the Wipers, Devo, The Cure, They Might Be Giants, Misfits, Gang of Four, and the Clash, then heading even deeper with rare ones from the Nation of Ulysses, X-Ray Spex, Scritti Politti, Swans, the Residents, Rocket From the Crypt, the Dickies, Nomeansno, Born Against, Dillinger 4, Rudimentary Peni, the Lemonheads, Jawbreaker, Dag Nasty, Ignition, Heavenly, Chisel, and the Dream Syndicate.

So brace yourself and get down here when these are unveiled at 3PM!

Oi! We're also lucky enough to grab copies of some select UK Record Store Day releases for you! These will be upstairs, separate from their American counterparts. 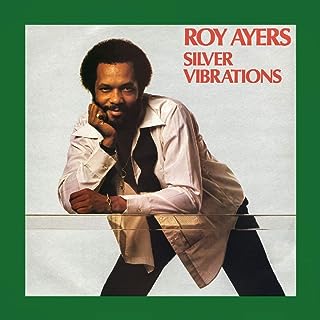 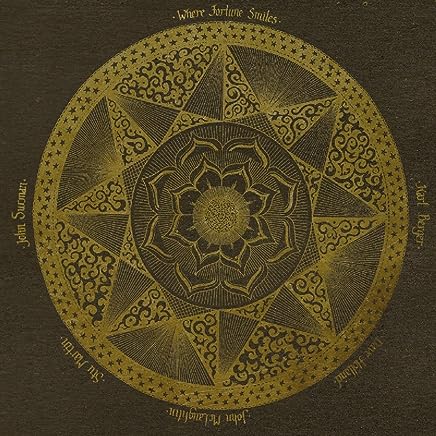 First up, one of the rarest records from Roy Ayers! 'Silver Vibrations' was released in small amounts on Roy's own short-lived Uno Melodic label in 1983, and it's electro-fied jazz-funk of the finest kind, full of the unbridled joyfulness that only he can bring. John McLaughlin's 1970 rarity 'Where Fortune Smiles' is here on picture disk, and we have an authorized repress of a heady gospel funk rarity from Shirley Finney called 'Pray Again'. 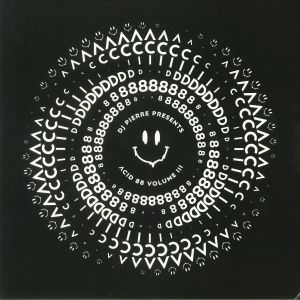 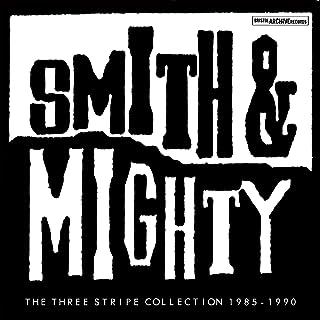 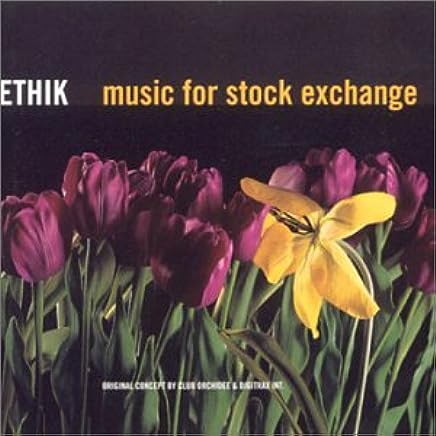 DJ Pierre's 3rd volume of the 'Acid 88' compilations provides a solid overview of acid techno classics from the late 80s up to the present day. Smith & Mighty's 'Three Stripe Collection' is a greatest hits of sorts for the 90s Bristol institution that blended hip-hop, drum n bass, dancehall and downtempo. Ethik's 'Music For Stock Exchange' is on LP for the first time. The 1993 CD was an early classic for Jorg Burger and Wolfgang Voigt, who would later go on to define the sound of German dance music in the 90s via Kompakt. 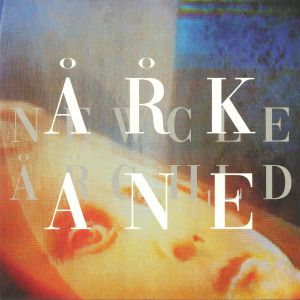 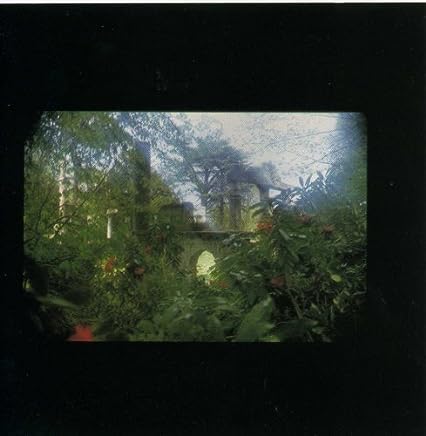 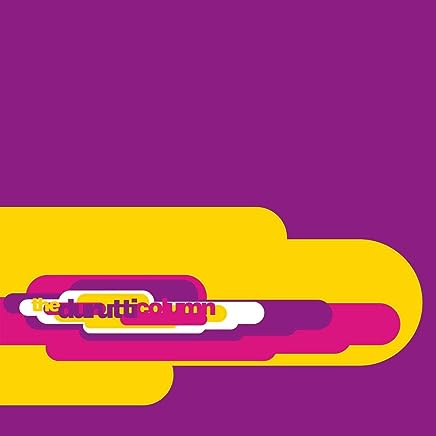 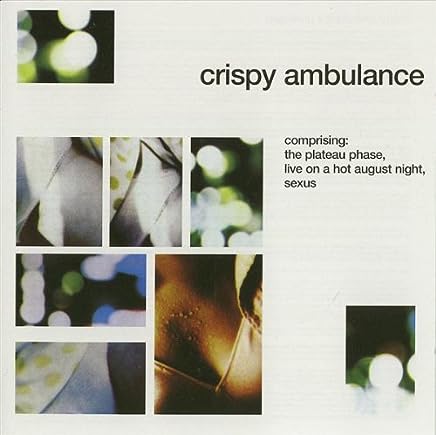 Some classics from the world of British new wave and dream pop hit us next, with reissues of AR Kane's swan song 'New Clear Child', Sad Lovers & Giants' 1982 debut album, a later-period delight from The Durutti Column called 'Obey The Time', and Crispy Ambulance's psychy post-punk wonder 'The Plateau Phase'. 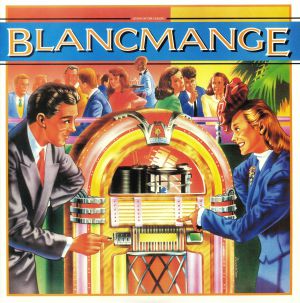 Last up, some fine ones from David Sylvian and Mark Wastell, a crucial Spacemen 3 live album, and EPs from Blancmange and Bronski Beat!

WHAT IS HAPPENING AT STRICTLY DISCS ON RSD:

Record Store Day is a day crammed full of records, so naturally we've got a full schedule of entertainment for your listening and imbibing enjoyment as you browse all of the many new arrivals. Our DJ lineup this year will take you on a journey through sound, with lively sets of dance, funk, jazz and psych rock all morning and afternoon, bookended by two of our favorite chillers to start and end things on a more relaxing note.

Our doors open at 7AM!

AND SPEAKING OF WHEN THE DOORS OPEN...

The morning will get started right this year with FREE TREATS courtesy of our neighborhood friends. Barriques is cooking up our traditional chili-rubbed, half-dipped in chocolate bacon. Bloom Bakery is bringing over one of their specialties, (gluten free) sweet potato doughnuts, and Colectivo is supplying the caffeine with free hot coffee! Things are looking up!

Plus, El Grito will roll through at midday selling their amazing lunch tacos!

Every year The Great Dane collaborates with Strictly Discs to brew a beer in celebration of Record Store Day, and this year it's the Oranje Crush Saison. We will be serving this up starting at 7AM! Fruit is part of a balanced breakfast, right? In celebration of RSD 2019, the Great Dane is giving away a Pro-Ject Debut Carbon turntable (valued at $400). For your chance to win, all you gotta do is a little social media-izing:

1. Post a picture of you and the offiicial RSD beer Oranje Krush at Strictly Discs on the 13th.
2. Tag @greatdanepub AND @strictlydiscs
3. Use the hashtag #GDXSD

The winner will be chosen on April 13th and must be able to pick up the turntable at at Strictly Discs before 6PM on the 13th.

TAKING OVER THE TAP NEXT - ONE BARREL BREWING COMPANY:

What if we kick the keg? We've got a plan. One Barrel Brewing, another one of our favorite brewers in town, has stepped up to supply those crucial mid-day beers with a keg of their most popular brew, the Commuter Kolsch.

Last but certainly not least, we will be pouring up a variety of award winning beers from New Belgium Brewery to close out RSD 2019!

Loaded grab bags for the first 200 customers FREE with every RSD purchase. Each of these will include a coupon good for a free pizza from Pizza Brutta (yum!), a coupon for a free cocktail from Everly (hello!) & a coupon for free frites from Brasserie V (wow!).

Enter to win AWESOME prizes, including:

Oodles of concert tickets from the good folks at the Sylvee, Majestic Madison, Barrymore Theatre and High Noon Saloon

PLUS MUCH MUCH MORE!

WHAT DID YOU PICK UP ON RSD?

We're partnering with our friends at The Sylvee to give away a $100 Sylvee giftcard + a $100 Strictly Discs giftcard!

Let's be real, you're going to show off your haul on Instagram anyways. All you have to do to enter is use #StrictlySylveeRSD and tag us in your photo on Record Store Day. Make sure you follow @TheSylvee and @StrictlyDiscs while you're at it!

We do not buy used CDs or LPs on Record Store Day.

No bags will be permitted downstairs.

We do not accept coupons for Record Store Day releases.

Record Store Day titles do not count towards the Buy 12 Get 1 Free program.

Record Store Day items are limited to one copy per title per person.